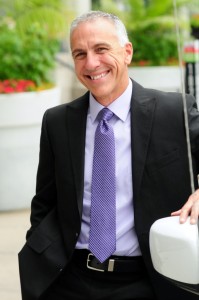 Dr. Chuck Plante is a Minnesota native and a 1991 graduate of Logan College of Chiropractic in St. Louis, MO.  While at Logan, Chuck was an active member of the Student Doctors’ Council, served as student body president, and represented Logan at the World Congress of Chiropractic Students held in Bournemouth, England in 1990.  Upon graduating, Chuck moved back to Minnesota, along with his wife, Janie, and their growing family, and practiced there for nearly 20 years.

In 2011, he sold his practice, hung up his snow shovel, and moved with his wife and their four sons to sunny San Diego, settling in Santee.  Since then, he has been an active member of the CCA, and served as a non-voting participant with the Board of Directors since 2014.  He was elected to the position of 2nd Vice President in 2016, and to the position of President in 2017.  Chuck has also been volunteering regularly since 2013 with Hands For Life, a non-profit organization giving complimentary chiropractic care to the needy in Tijuana, Mexico.

Currently, Chuck is practicing at the San Ysidro Health Center in their Chula Vista Medical Plaza location, helping to grow a dynamic chiropractic presence with thousands of patients who would otherwise have no chiropractic experience.

A former competitive springboard diver, swimmer, gymnast, and coach in those sports for 20 years, Chuck still does flips on his competition trampoline and has competed in several inline skating ½-marathons & marathons in numerous parts of the country.

Promoting exceptional health care through the advancement of chiropractic.